Smart Cities, Smart Companies, and the Future of Work

We are sharing excerpts of our new book, Smart Cities, Smart Mobility: Transforming the Way We Live and Work. Here, Gabriel Scheer explains the link between smart cities, smart mobility and the future of work. 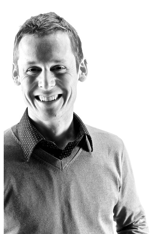 Do smart companies make for smart cities, or is it the other way around?

Companies and cities are all trying to figure out what this future looks like. However, the civic and corporate worlds are differently constrained. For example, companies, with complex ToS that no one ever reads are able to move much more quickly into new territory, pushing boundaries, collecting data and acting with relative impunity as they innovate. By contrast, in modern democracies, cities must consider privacy and the rights of citizens in much greater depth. Some cities add further layers of complexity; for example, Seattle in the US has a race and social justice policy requiring all city ordinances take race and social justice into consideration, and Germany requires German data to be stored in Germany – both of which are inherently more restrictive when considering rolling out new, data-oriented initiatives. The result is that companies have much greater leeway in rolling out systems for monitoring employees or tracking browsing behaviour of (potential) customers. Conversely, cities must consider the privacy implications of the implementation of smart city technology such as monitoring of mobility patterns. Ultimately, when it comes to smart companies driving cities or vice versa, the only logical response would seem to be that companies have a freedom that cities do not generally have, enabling them to innovate more quickly and more profoundly. However, truly exciting innovation will happen when the two work together with the interests of citizens at their heart.

You developed and led the frog partnership with Rockefeller Foundation’s 100 Resilient Cities initiative – how does ‘resilience’ differ from ‘smart’?

I’d suggest they are different, and in some ways, dependent. Resilience speaks to an entity’s ability to sustain and grow through shock, whether chronic or acute. Smart, in this context and by contrast, merely implies that data is being captured and used for measurement of a city’s functions and optimisation of its management. Resilience is a combination of innumerable factors, ultimately boiling down to the interconnectedness of actors within a system. A resilient city is one in which, regardless of the shock it encounters, its citizens and systems are able to build bridges around failures to make the city functional and, ideally, better than it was before.

To use an example: a resilient city might be faced with an earthquake or a terrorist attack. In either case, it is likely that some section(s) of the city would be struggling with the massive failure of built infrastructure as well as injuries and a lack of service from first responders. However, because of the interconnectedness, trust and commitment to the greater whole of a resilient city, people affected by these failures would be supported by those around them. I’d argue that the most successful cities of the future will be both smart and resilient. Indeed, I’d suggest that the most resilient cities will be those that are smart – and in which the ‘smart’ aspects serve all people, not just a relatively small group of privileged people.

Is the emergence of creative co-working hubs such as WeWork and Second Home a sign of how workplaces will increasingly look, or just a short-term fad?

This is the future. Companies will increasingly rely on short-term, temporary labour. Similarly, people will increasingly float from job to job, meaning they will no longer require a stable place of work. That said, we must acknowledge that the jobs being discussed in this are white-collar jobs. Automation will increasingly disintermediate people working more manual jobs, including jobs that involve driving, and those people represent a huge swathe of the population whose needs won’t be served merely with co-working spaces.

I think it’ll be a mix of both. The US Presidential election of 2016 has shown that if we consider only white-collar jobs, or jobs held by those who can float between 50 person or 50,000 person organisations, the world may end up looking much different than it looks today. It is for this reason I believe we must also evolve conversations around things such as universal basic income, basic health care and universal education; only through these things will western societies as we currently understand them survive. 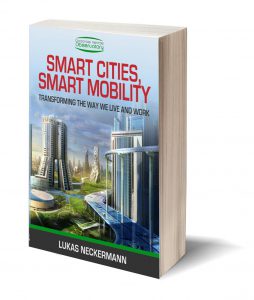 I believe Amazon may be the smartest organisation I’ve yet encountered. The way it measures everything includes both internal and external aspects of the organisation. I also believe Amazon may err too much on the side of data, so much as to miss very human concerns. For example, at least historically, Amazon’s use of smart systems for order fulfilment has ignored the societal and environmental costs of innumerable boxes and plastic bags, as well as the carbon footprint associated with the delivery of those goods. While Amazon is actively working to address those concerns, they have much work to do before they will truly be smart in terms of resource efficiency relative to value.

Lukas Neckermann (@LNeckermann) is an Advisor to NEXT Future Transportation Inc., Flock, and Splyt, and a frequent keynote speaker with a focus on transforming mobility. Smart Cities Smart Mobility has been kindly supported by the Corporate Vehicle Observatory and is now available as an eBook. Amazon Preview. Follow Lukas on for more musings on Smart Cities, Smart Mobility and the Future of Work. 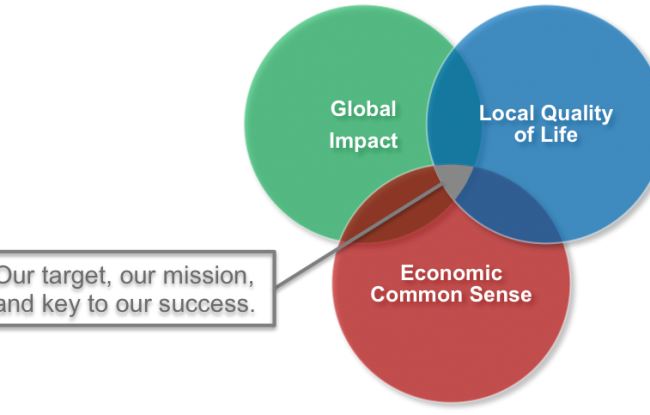