Transforming the way we live and work 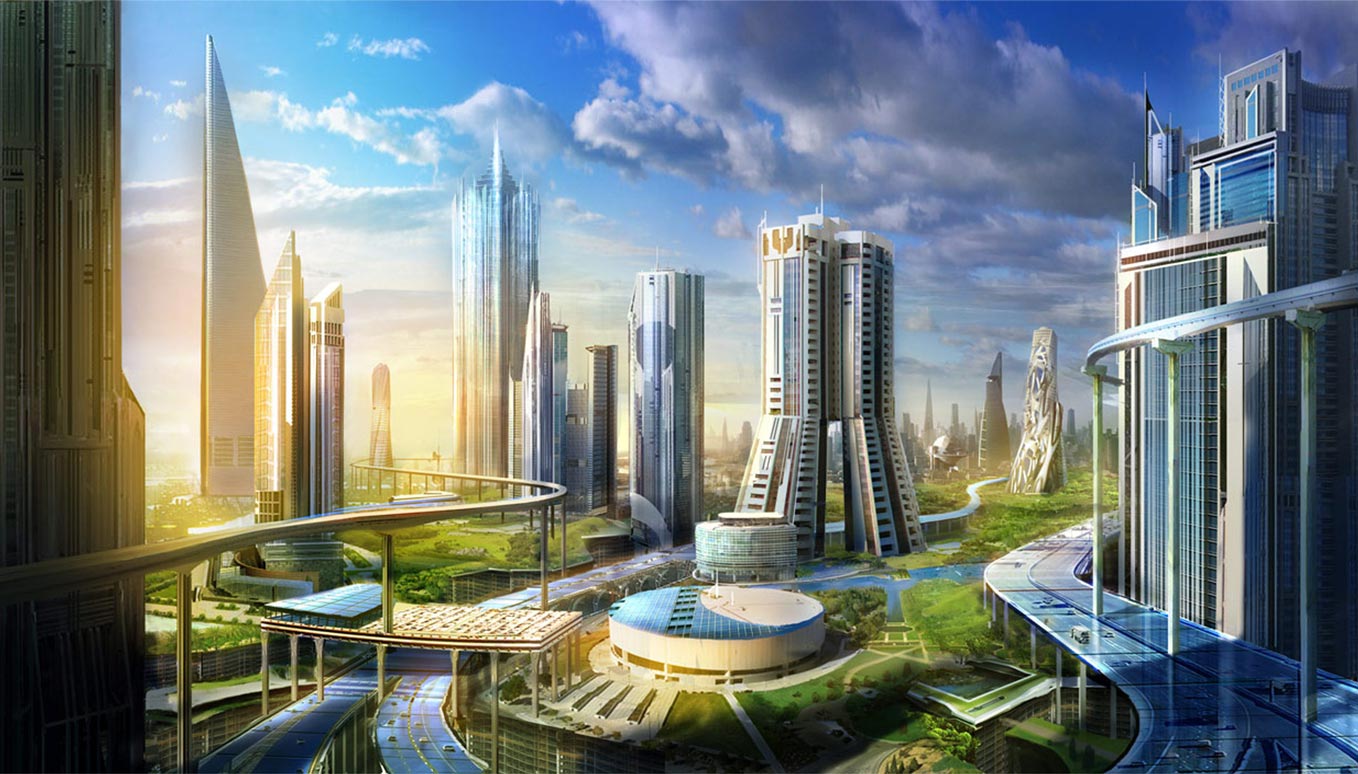 Like ripples on a pond, the impact of The Mobility Revolution is expanding outward, embracing more and more industries and companies. After automotive, first tier suppliers, insurance and financial services, a whole raft of other industries are about to be impacted.
Indeed, no discussion on mobility can now exclude the broader context – the cities, the countryside, the local and national economic, political and social environments, as well as, of course, the technological progress that is being made in industries that are associated with this revolution.

One of the most substantive changes is to the urban environments which increasingly we call home and are part of our identities. As these cities evolve, so too will our lives change. Urban-dwellers are experiencing more and more of the transformation in our daily lives – through the air quality we lack, the infrastructure we use, the mobility we need and the way we work.

“Lukas Neckermann is clearly enthusiastic about the promise of technology, yet he does not fall into the trap of imposed top-down solutions by experts and ideologues. In his book, he rather advocates for a human-centered bottom-up approach where people will have choices according to their own preferences. A well readable book with a wealth of information about the transformative challenges and opportunities that cities – and their residents – will face in the 21st century.”

“The mobility revolution represents the biggest paradigm shift since the advent of personal transportation. The impact goes beyond just transportation, however, and Lukas’s new book offers an invaluable insight into the transformation of cites, mobility and society in the coming decades”

“Lukas has a passion for the industry challenges brought about by the transformation of cities, mobility, and the working environment. He has produced an inspiring, breakthrough book that combines both long-term trends with pragmatic, real-life best practice examples. It’s a pleasure to collaborate with Lukas.” 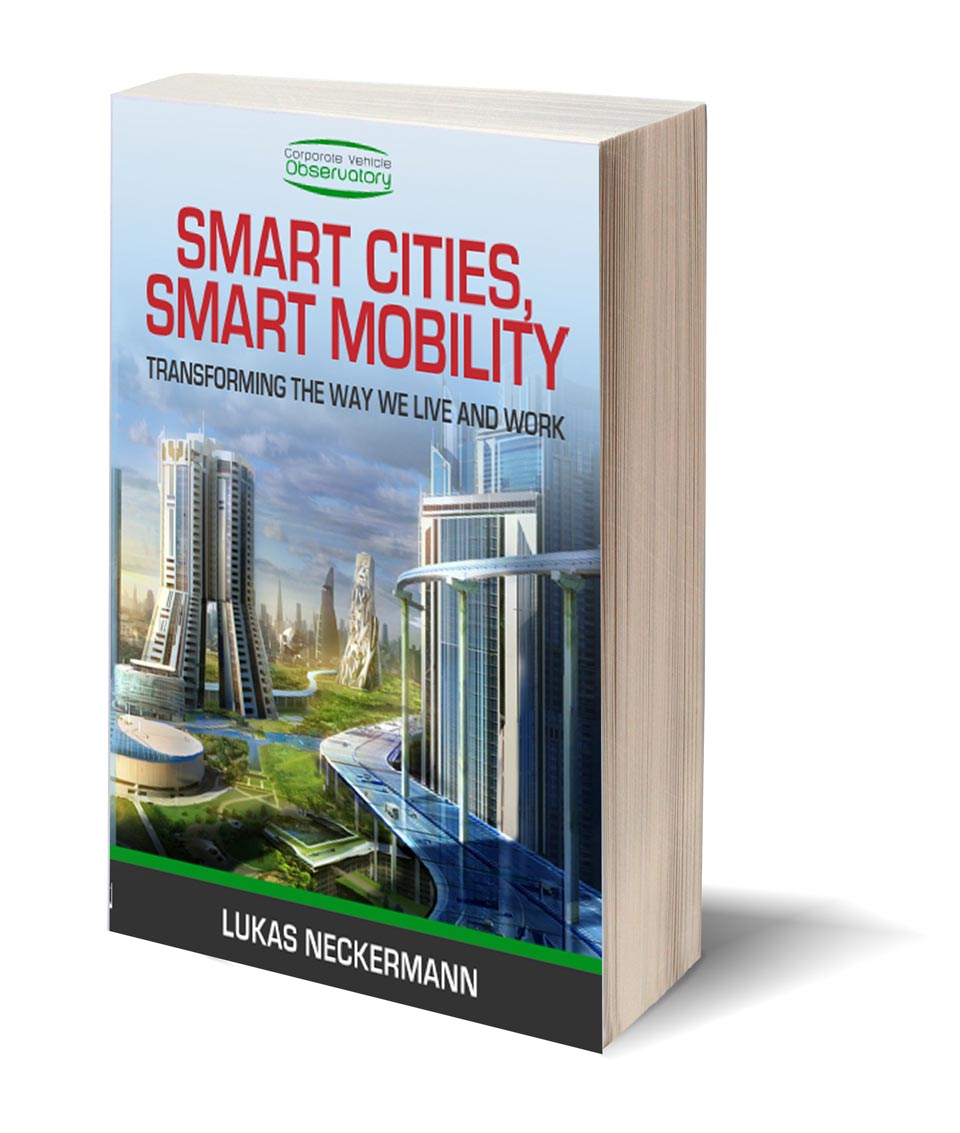 There have been many definitions of a smart city given over the years. MIT defines a smart city as a “systems of systems… [with] digital nervous systems, intelligent responsiveness, and optimization at every level of system integration”. PricewaterhouseCoopers offers, “A smart city needs to provide a set of integrated services that address the needs of its citizens, businesses, and visitors.”

What many of these definitions lack, however, is the human element. A smart city can only exist when humans want it to. People need to actively seek out and desire its services, its connectivity, its knowledge, and yes, even its data-gathering.

We propose that a smart city is one that combines its data, its resources, its infrastructure and its people to continually focus on improving liveability. A smart city is an aggregation of power and creativity, but also a body of data and live analysis. It has a soul; it sets goals and shares its passion. And if a smart city can so be equated with a human, smart mobility is a city’s circulatory system.

A smart city, in combination with smart mobility, offers residents, visitors and stakeholders a quality of life and an ease of experience that pre-emptively addresses their needs, desires and transport requirements.

This necessarily also implies that smart cities are adept at continual reinvention. While not forgetting their history, the culture and the core of what a city is, truly progressive cities allow for new experiences, new infrastructure, new ways of interacting with one’s environment.

It’s an enticing proposition with enormous potential – both social and economic.

What sounds ludicrous has actually been tested in numerous cities, and will be replicated in many more in the coming decade. In 2016, Paris closed a key thoroughfare – the right bank of the Seine – to traffic. The result? “Half of the cars that used to use the now-closed road have disappeared,” according to Fast Company. People have been nudged towards other forms of transport. Countless more cities are now planning so-called ‘road diets’ or even eliminating traffic altogether.

The smartest of cities are the ones that are willing to fight against a century of car-centricity, and for a refocusing on quality of life. Robert Davis notes that San Francisco “has gone from minimum parking ratios of one parking space for every dwelling unit to a maximum ratio of less than one space per dwelling unit… they are trying to discourage people parking and owning cars for obvious reasons, because the street grids where most of the development is taking place is already overloaded. They want [to] avoid putting more cars on the street.” As early as 2006, San Francisco’s Downtown Commercial district eliminated residential minimum requirements and established the first residential maximum below 1:1.

Barcelona is even more ambitious in its focus on liveability, traffic reduction and air quality improvement. Aiming to reduce vehicle traffic by one-fifth, it is investing €10 million into 300 kilometres of bicycle paths and is creating 500 “superblocks” by the end of 2018. Resembling a nine-square Rubik’s Cube, these superblocks restrict most traffic – including cars, trucks and buses – to driving around its perimeter. Residents and patrons of local businesses are permitted to enter, but are limited to under 10 km/h.

Implementation of the first superblock was not without criticism. Some car-owning residents have complained about the reduced access to their homes, while on the other hand, Maria Rubert, a professor of urbanism at Universitat Politècnica de Catalunya suggested the model did not yet go far enough. She noted, “it’s not right that some residents should enjoy the pedestrian areas in the superblocks while others face streets full of traffic, noise, and pollution.”

Five questions for… Neil Zeller, Investor and Advisor in Urbantech

How would you define a ‘smart city’?

Smart cities proactively seek to identify, test and advance technology-driven solutions to those problems that challenge and threaten quality of life for residents, reduce attractiveness for businesses, and undermine the ability to absorb anticipated population increases. They continually examine and question the traditional regulatory frameworks and move towards developing regimes conducive to attracting entrepreneurs and investors. They move quickly and accept that some initiatives won’t succeed. They work to educate the community and gain support and understanding for those unfamiliar products, services and activities that stir fears and – in some cases – cause disruption for constituents. They pursue knowledgewidely from other cities around the world, learning from successes and failures, and incorporate input from leading experts in forming policies and initiatives.

Power is less important than vision.

What changes to city infrastructure do cities need to make to meet the future mobility and liveability needs of their citizens?

Transportation infrastructure of cities needs to be completely reimagined if the intent is to halt the ever-increasing bottlenecks, delays, friction, costs and irritation that are becoming hallmark. Incremental improvements won’t keep up with the problem. Most city transportation infrastructure was conceived during the rise of suburban living, with individuals driving to and from city centres, and commercial products distributed by truck, typically at any time. Maximum capacity has been exceeded already at many main thoroughfares and arteries. Reimagining transportation means taking a pedestrian-centric approach with car-free zones, enabling seamless transition between mobility modes, separating paths and infrastructure for commercial traffic, integrating accommodation for shared mobility, autonomous vehicles, and last-mile solutions (bikes, scooters, shared ride vehicles, etc.), and widely accessible charging infrastructure. In many cases it also means modernising and expanding light rail, subway and bus transit systems.

Will such transformation of cities require more powerful mayors, more powerful local authorities? Or the opposite – a complete opening up of city infrastructure to private companies and start-ups to operate and innovate?

Power is less important than vision, influence and political skill to forge transformation out of hard-entrenched competing interests. Leadership needs to paint a picture and repeatedly sell the benefits of imagining a new innovative future. The biggest pain points, which may only be beginning to be evident today, need to be envisioned exponentially worse in order to effect action – the challenge is that they require spending now, which in turn causes roadblocks to more long-term city planning. Big things require champions with leadership ability in both the public and private sectors, working collaboratively and persistently. Both sides need to take risk; political on one hand, and financial on the other, to make it happen.

Do we need to change public perception and public interest, for truly intelligent cities to win public support?

There are always early adopters of new and unproven solutions who are willing to spend more and receive less for the thrill of engaging, leading, testing, and experiencing what others haven’t. These are small but crucial groups that help spark innovative trends. But ultimately products and services have to meet real needs and make economic sense. Consumers and businesses are rational.

Who can take the lead in making the necessary investments – local or national governments? private companies? Who reaps the benefits?

The local benefits substantiate local city and business investment. But the scale of capital needed for truly transformative smart city infrastructure calls for national commitment. Looking at the issues more broadly across cities (i.e. from a national perspective in any country) allows for enhanced purchasing power, knowledge sharing, and collaboration. A key benefit is to help cities become and remain competitive in the global marketplace for the best and brightest people and companies.