These companies aim to cover distances usually undertaken by taxis. Statistically, Uber users in San Francisco, for example, are actually travelling distances that are, at a pinch, walkable, but definitely bikeable.

In a survey of 1,000 Americans in Boston, Chicago, New York, Austin, San Francisco and Washington DC (conducted by SASAKI.com), fifty-eight percent said that cars remain their primary mode of transportation, twenty-nine percent use public transportation, ten percent walk, and only two percent use bicycles. Clearly, outside of the City of Portland the US has quite a distance to go until bicycles are even considered relevant.

Nevertheless, efforts abound in making bicycles easy, available and accessible. Last-mile bike-renting offers such as Citibikes in New York, Barclays (or Coca Cola) Bikes in London, and Vélib’ in Paris exist in over 500 cities worldwide (making up a fleet of more than 500,000 bicycles worldwide, supported by city councils eager to remove cars from the streets). In order to popularize this third mode of transportation even more, infrastructure is key. After Copenhagen and Amsterdam’s well-established bike infrastructure, London’s aims might be the most ambitious. It has developed a proposal for a £220-million cross-city ‘Skycycle bicycle superhighway’, with the aim of increasing cycling commutes by 400 percent by 2025 (compared to 2000 levels). The UK further supports bicycle ownership with considerable tax benefits.

A sizable hitch is that bicycles are erroneously seen as a dangerous alternative transportation option and therefore disregarded as part of a solution for more sustainable mobility. This, in spite of the fact that seven times more people lose their lives as pedestrians and twenty times more because of automobile accidents than on bicycles in the US each year. The media doesn’t help. Every bicycle accident seems to make the news in city newspapers, while car accidents are accepted as a part of everyday life and go unreported. Anecdotally, most of us know someone who has lost a loved one in a car accident – few know someone who has died in a bicycle collision.

Perhaps in a world of autonomous shared electric vehicles, the perceived danger of riding bicycles will subside. But until this happens they will continue to have a place as a parallel mode of transportation, dividing society into bike users and non-bike users. Their development will mirror that of automobiles: they will increasingly become electrified (or hybridized, with pedal-power for flats and electric motors for hills, charging the batteries again during the descents); they will add navigation capacity and safety technologies; and (electric or semi-electric) bicycle-sharing will continue to expand in cities where the infrastructure allows it. 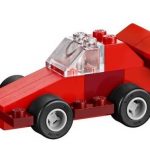 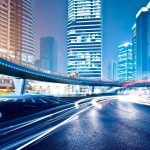 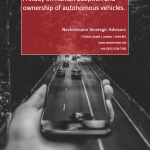